In this period of economic crisis, maybe it’s time you took a CLOSER LOOK at what you’re REALLY getting for the money you’re spending on IT services and support.

Like us, you probably received PPP loan funding to help you sustain and even thrive during this time. You might have had to eliminate staff and get scrappy but maybe you ran out of ideas of what else you can do to thrive during this time. If someone could prove to you that thousands of dollars were being unintentionally “stolen” from your organization – while simultaneously exposing you to hard losses that could stack up to the millions – wouldn’t you want them to tell you about it?

On the surface, we appear to be “just another” IT firm, but what we really deliver to CEOs like you is a profit-centric approach to IT. Our deliverable is MONEY, EFFICIENCY, and peace of mind (SECURITY). Our approach is unique: We ensure your IT systems and investments actually drive profitable growth and shareholder value, not just “make your computers work.”

Maybe you think, “we’re fine.” It’s natural to insist, “Not in MY company,” or to think your IT team or company has you covered.

But we can assure you of this: Like Sherlock Holmes, we have never failed to find significant and preventable losses that were occurring in the companies we’ve audited – and it’s our firm belief that right now, this very minute, such losses are occurring in YOUR organization. You ARE being underserved and left unprotected. If you have even a sneaking suspicion that even some of this is true, at what point would it be irresponsible to be “too busy” to investigate it?

Because we’re so confident in what we do, we’re willing to make you the following good-natured bet:

If we’re unable to satisfactorily demonstrate how we can improve your bottom line through lower IT costs, improved efficiencies, better workflow, and higher productivity, as well as reveal inadequate cybersecurity and compliance protections, then we’ll donate $200 to the charity of your choice. It’s that simple.

Why would we do this? Two reasons.

First, We know your time is extremely valuable and you don’t have time to mess around with companies that don’t have anything of value to offer. By putting my money on the line, you can see how serious we are about not wasting your time.

Second, with the economic crisis caused by COVID-19, it’s more critical than ever to watch every penny. We’ve spent the past 14 years perfecting our ability to deliver profit-focused IT – and we’re really good at it. That’s why we simply want the opportunity to prove ourselves.

When a cyber-attack happens, the losses stack up and multiply. First, there’s an instant loss of productivity. At best, you’re crippled. In the worse cases, you’re completely shut down, unable to transact, unable to deliver promised products and services to clients, and unable to operate. In other cases, hundreds or thousands of dollars are drained directly from your accounts without any chance of recovery.

Then you’d have the loss of critical data, reputational damages, potential lawsuits and government fines. The epicenter of this disaster lands DIRECTLY on YOUR desk for YOU to deal with – a problem that WILL significantly undo your best-laid plans for growth and progress.

Yet despite this, we have found companies that we’ve audited are GROSSLY unprepared and unprotected from a ransomware attack or other major cybersecurity event EVEN THOUGH they have invested heavily in IT staff and resources. Before we showed them irrefutable evidence of these inadequacies, the CEO was convinced his “IT team had it handled.” A ticking time bomb they didn’t know was “live” under their seat.

Chronic IT “Glitches” And Downtime

As the saying goes, “Overhead walks on two legs.” Any CEO knows that unproductive, distracted workers not only kill profitability but increase the chances of mistakes, missed deadlines, sloppy work, and low morale. A frustrated team is not a productive one.

Yet we find that most CEOs don’t realize just how often their employees are being interrupted and distracted due to recurring IT failures because it’s “hidden” from them. Many are shocked to discover their employees are dealing with chronic IT problems that are constantly getting in the way of serving clients, closing sales and doing their job, forcing them to stop what they are doing, re-doing the work they just spent hours doing, or possibly NOT doing what they are supposed to do. Just one hour of this a day adds up when multiplied over an entire year and your entire workforce. We resolve ALL of this.

Many companies we’ve audited have a mishmash of patch-work technology pieced together like an old quilt. A “Frankenstein” monster lumbering along. Nothing matches, nothing works as efficiently as it should and the entire IT system is awash in inefficiencies, duplicate and redundant resources, and outdated technologies. Over time, pieces are added like band aides instead of being elegantly designed as a whole to maximize productivity and lower the total cost of ownership. Our approach is to eliminate ALL of this and ensure a well-crafted plan is put in place to maximize productivity, security, and efficiencies. 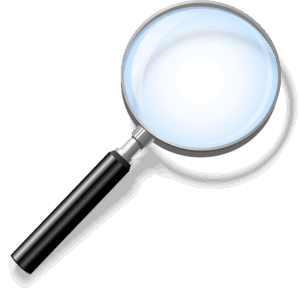